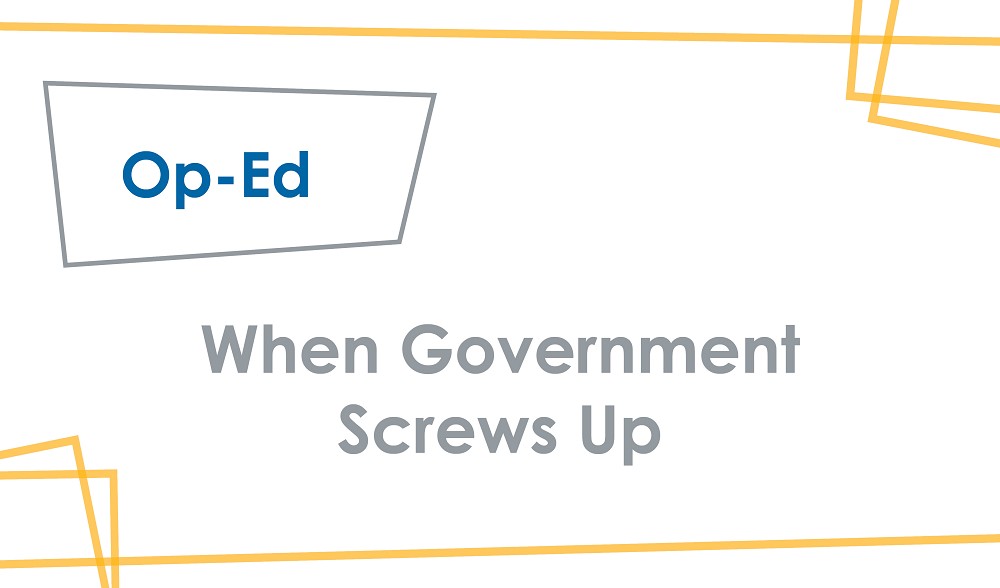 There are numerous lessons to be learned from the mishandling of the autism file here in Ontario over the past year. Most of them of the “what not to do” kind. But there is one huge lesson that risks getting lost in the (fully justified) anger and frustration. Ultimately, the government did the right thing. They admitted they screwed up and have committed to correcting their error.

Politicians and public servants are extremely risk averse. They live in a fishbowl, with 24-hour news, little fact checking of critiques that can go viral in seconds, and powerful incentives to deny, deflect or delay. Admitting error and risking increased backlash is a difficult thing to do. If we want good, evidence-based policy decisions we need to applaud loudly when government admits a mistake and takes real steps to fix it.

That applies to all parties by the way. In government or out. Make no mistake, the Liberals and NDP are following the reaction to this response to the autism crisis just as closely as the Conservatives are. If admitting the government’s mistake and starting over does not ease the pressure on this government, then forget it. We will be back to deny, deflect, delay. If the public at large sees this mea culpa as a reasonable response, we will see more of them in the future.

That is little consolation to the parents and children waiting for the help they deserve and that the government has promised they will deliver. The harsh reality is that this government has not just committed to making marginal changes to their flawed proposal, they have actually said they got it wrong and are going to start from scratch. This will take time.

There are things that can be done in the meantime. Some have already been done. Reinstating the old funding levels for children who had already been receiving help was a good first step. Tightening the monitoring and licensing of service providers was another. Continuing with the commitment to doubling the funds for the five diagnostic hubs in the province is also a good idea.

Without assessment, a needs-based model will be useless. That commitment to increased assessment could, however, be accelerated. Most or all of the increase could happen this year. More resources now would allow for more of the children currently on the wait list to be assessed in advance of next fall. This would make the eventual introduction of a full needs-based program much smoother.

Another possible step would be far more controversial. The 24,924 children on the wait list (using government figures) could all have $5,000 allocated to them for autism services this year. That’s $125 million in total, or slightly less than half the increase in annual autism funding the government has already committed to. Recognizing that to process 25,000 new claims the government will have to add or reallocate some staff and that too will be an added expense.

The $5,000 allocation would be a one time, emergency measure. It would obviously not be needs-based funding. Many children need far more support than this. Again, according to government figures, 260 families have been taken off the wait list since the original changes were announced. The cost for those 260 families was given as $4.4 million dollars. That works out to about $17,000 per family. We have also seen social media posts of invoices for autism services in excess of $80,000 a year.

We know, therefore, that $5,000 per child is too low, as an average. Without full assessments for all children we do not know what the right average number should be. The government had originally proposed a $5,000 annual limit for children over 6. This would seem to be a reasonable emergency compromise to get some help to all families while we take the time to get the needs-based solution that we require long term.