October 20, 2020 - This article was first published in Anishinabek News. Reposted with permission from author. 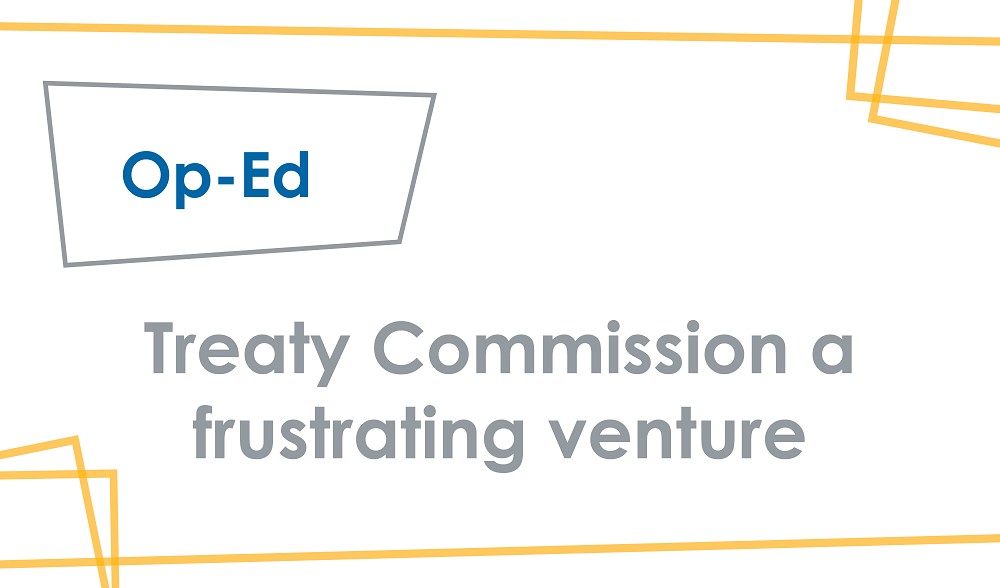 September 6, 2020, will mark the 25th anniversary of the shooting death of unarmed protestor Anthony “Dudley” George by an Ontario Provincial Police sniper at Ipperwash Beach.  The Anishinabek News will feature an Ipperwash Summer Series to highlight the history, trauma, aftermath, and key recommendations from the 2007 Report of the Ipperwash Inquiry.  First Nations in Ontario understood that the Inquiry would not provide all of the answers or solutions, but would be a step forward in building a respectful government-to-government relationship.

For information on the 2007 Report of the Ipperwash Inquiry, please visit: http://www.attorneygeneral.jus.gov.on.ca/inquiries/ipperwash/closing_submissions/index.html

The Ipperwash Inquiry had a dual mandate: to investigate the events surrounding the death of Anthony “Dudley” George and to recommend ways of preventing violent outcomes from arising in future land and rights-based disputes between Indigenous people and settler governments. Overall, I think there is a broad consensus that the Inquiry achieved its objectives. Ontarians certainly received a full accounting of the events of September 1995 and the historic failures of governments to honour Crown obligations leading to the occupation of Ipperwash Provincial Park. Appointed Commissioner for the Ipperwash Inquiry Justice Sidney Linden also provided a robust list of recommendations that all parties— First Nations, settler governments and Ontarians— could implement to ensure there would never be a repeat of these tragic events.

However, while Justice Linden succeeded in producing a forward-looking road map, successive governments, both provincially and federally, have failed to pick it up and follow its recommendations. A particularly galling failure is the lack of any progress toward the development of a new Treaty Commission. On top of the inaction and indifference of governments, one can make a case that First Nations leaders and organizations have been unable to develop a cohesive mental model of what we want a Treaty Commission to be. This is a contributing factor as to why we have not made progress on this important initiative. This is not to find fault with First Nation leaders, but we all know the tired government strategy of being non-committal then blaming First Nations when the solution doesn’t appear. I do think that it is becoming increasingly difficult for First Nations in Ontario to find common solutions and the government loves that because it provides cover for doing nothing.

This is frustrating on many fronts. First, because Ontario had a pretty functional Commission that facilitated land claims resolutions and tripartite negotiations in a variety of areas for more than 20 years. Second, because the Treaty Commission was a key recommendation, a pillar that could have corrected the mistake made when the Indian Commission of Ontario (ICO) was closed in 2000 and put Ontario on a proper footing for treaty implementation going forward. Third, because it seemed, for a time after the Inquiry finished its work, there was a willingness, at least on the part of the Government of Ontario and First Nations, to actually move forward with this work.

In 1977, Justice Patrick Hartt issued his interim report for the Royal Commission on the Northern Environment. He concluded, “[a] major focus of the Indian demands involves the use of Crown land, specific land claims and accessibility to resources, all of which are related to the interpretation of the original treaties (my emphasis). To date, the Government seems to have left these matters to be resolved by the courts. I do not believe that this is the most productive course of action to follow.”

The next year, the Ontario Progressive Conservatives, under Bill Davis, formed the ICO with Justice Hartt appointed as the first Commissioner. Think about that… It was more than 40 years ago that Bill Davis, a PC Premier, appointed a prominent judge to lead a claims resolution process in Ontario. Discussions at the ICO lead to the first tripartite policing agreements in Ontario and eventually the creation of the Anishinabek, Six Nations, Nishnawbe Aski and Treaty #3 police services, numerous land claim settlements and started discussions that lead to important developments like trapping agreements.

Despite the success the ICO achieved, it was sacrificed in 2000 when political posturing by the federal Liberals and provincial Conservatives hung the ICO out to dry and collapsed the only meaningful forum that existed for facilitated bipartite and tripartite discussions. Some will say it lacked the mandate and resources to be effective but those shortcomings could have been addressed with some political will and effort.

Justice Linden referenced the ICO in his analysis and echoed what Justice Hartt said 30 years earlier stating, “The only alternatives for First Nations faced with longstanding disputes about treaty and Aboriginal rights are expensive and time-consuming litigation in the courts or direct action.” To think Ontario realized Justice Hartt’s concept with the creation of the ICO and cynical politics, played between former Liberal Member of Parliament Robert Nault and former Premier Mike Harris, destroyed it in 2000 for purely partisan purposes is truly sad. Sad because the vision was based on what Justice Hartt heard and saw, particularly in the Treaty #3 area, with the poisoning of the English and Wabigoon River systems and the reflections from Indigenous leaders like Chiefs John Kelly and Andrew Rickard. It’s infuriating given all of the lost opportunities that could have been realized in the time between when the ICO was closed and now. Justice Linden generously noted that progress was made in the absence of the ICO but his call for a new Treaty Commission is clearly rooted in the belief that more is needed “for a genuine renewal of the treaty relationship in Ontario.”

It has been 13 years since Justice Linden submitted his report. For roughly five years after it was released, Chiefs of Ontario and the other leading Indigenous organizations sat at a number of Ipperwash implementation tables with the Government of Ontario. These tables included focused discussions on the Treaty Commission, policing, heritage and burials among other recommendations. But it all came to nothing with the exception of some work happening on heritage and burials.

If anyone wants to geek out on this, there are some interim reports on what was discussed but little in the way of practical implementation that can be found. In fact, the whole thing seemed to fizzle out around 2013 when the Government of Ontario, led by then-Premier Kathleen Wynne, lost interest. It’s not clear why but it seems the lack of cohesion on the part of First Nations in determining what they wanted from the various tables contributed to the demise of the process. To date, there has not been a proper accounting of why the process ended or what Ontario’s rationale for abandoning the process was.

Imagine if the Robinson-Huron claim, currently winding its way through the courts, could be brought to a properly resourced Treaty Commission with a mandate that had real teeth? We could actually see the matter settled and the benefits of the settlement put to work in First Nations and northern Ontario more broadly. Instead, Ontario continues to choose litigation rather than negotiation – despite the words of Justices Hartt and Linden.

It seems we are trapped in an endless cycle of devastating circumstances (Ipperwash, Missing and Murdered Indigenous Women and Girls, Oka Crisis) leading to much hand wringing. This followed by grassroots Indigenous people and leaders participating in processes like the Royal Commission on the Northern Environment, the Royal Commission on Aboriginal Peoples, the Ipperwash Inquiry, and most recently, the Truth and Reconciliation Commission. These processes requiring the grassroots people to speak about their lived experiences, having a number of recommendations developed by well-meaning justices and then insulted again as the recycled ideas are promptly ignored once again by the government. Historian Dr. Catherine Murton Stoehr calls this process a “poisoned chalice” – it draws grassroots people and political leadership in – then when the process comes to nothing – leaves the people frustrated and angry with their leadership and more cynical about these processes than ever before.

Meanwhile, settler governments turn around and use these processes for political cover over many years. How many more deaths will it take to finally get some movement on the myriad of recommendations that have stacked up for years? I fear that people are getting so fed up with empty promises and rhetoric that they won’t trust any process if it isn’t driven by real action. Let’s stop trying to perfect processes before they even start – it’s past time to get a Treaty Commission up and running.

Miskaankwad Dwayne Nashkawa is a member of the Chippewas of Saugeen. He has been the CEO of Nipissing First Nation for the past 16 years and worked for the Anishinabek Nation during the Ipperwash Crisis.