May 17, 2018 - This column first appeared in Northern Ontario Business. 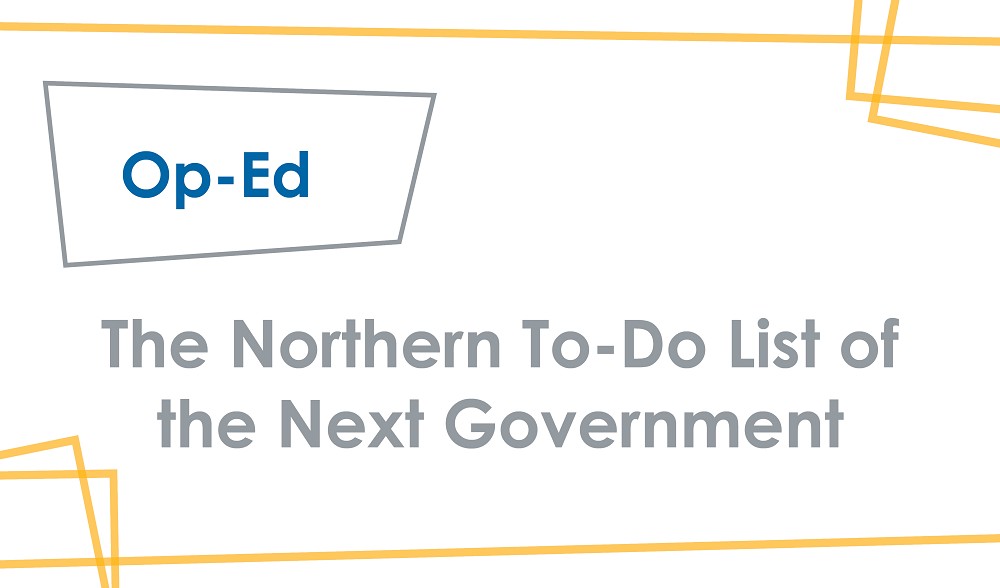 Well, by the time this gets to the print edition, the provincial election will be either over or just about over. There will have been millions, nay billions, of dollars’ worth of promises made. In the coming weeks, the harsh reality of governing, as opposed to campaigning, will start the slow process of whittling those promises down. The items that get pursued will be those that are most easily achievable or those to which the new government, of whatever stripe, is most committed.
In that environment, the first 100 days are key. So, what should Northern Ontario be pushing for in these first 100 days?

As a group of regions, we should pick three things and collectively make those our priority. The Northern regions of Ontario are, politically speaking, small potatoes. The bulk of energy in the first 100 days will be spent paying off markers to the vote rich regions who are seen to have backed the winning horse in this race. Realistically, getting three things for the North in the first 100 days of this new government would be a win.

How do we go about picking those three things? First, we should avoid things that the government is going to do regardless. There will be goodies aplenty for those vote-rich regions. In many cases, we will receive the same goodies with no need to expend our precious political capital in order to do so. Tax reform, dental care, child care and transfers to individuals fall into this category.

There is also no real need to push hard on hydro rates. That message has been sent and received and we can all expect some short-term relief post-election. I say short-term because the sunk costs are not going anywhere, and restructurings, of whatever form, are expensive. So, eventually, we will pay that piper. Or our kids and grandkids will experience higher taxes to service the debt we create for tomorrow in order to give us relief today.

What we should hold the new government’s feet to the fire on in these first 100 days are things that are not so clearly a slam dunk. Things, for example, not stated outright in their platforms, left over as “to do” items from the last sitting of the Legislature, or promises the new government made on the campaign trail while visiting the North that they may conveniently forget now that they are in power.

My first priority, if I was setting them, would be a regional immigrant nominee allocation. Last year, the federal government increased every province’s provincial nominee allotment by 33 per cent. The new government could easily assign some of that increase to Ontario’s Northern regions without impacting the program as currently delivered in the Greater Toronto and Hamilton Area. Win-win.
Second, follow through on the creation of a Northern Committee of the Ontario Legislature. An idea that was unanimously approved by all parties during the last sitting of the provincial house. Let’s get it done, now. This will be a huge step forward for the North in ensuring both that we get more attention from southern media and southern lawmakers and that we have a guaranteed avenue, and dedicated legislative resources, to have every piece of legislation pass through a Northern lens. No more “unintended consequences.”

Finally, in its first 100 days, the new government has to commit to creating a provincial set of accounts for Northern Ontario. Statistics Canada releases a regular set of economic, social and environmental measures (“accounts”) about each province. They could and would do the same, for a comparatively small cost, for Northern Ontario if the province agreed to pay them for the work. No single expenditure will have a greater return on investment than this one.

If we don’t know what has changed, for better or worse, we can’t judge the value of any other investment the government might make. This one sounds a little like much ado about nothing. But try closing your eyes the next time you start to back out of your driveway and you will understand just how badly we need to know what is going on around us. The new government, too, should open its eyes right at the start of their journey.

Charles Cirtwell is the founding President and CEO at NPI.