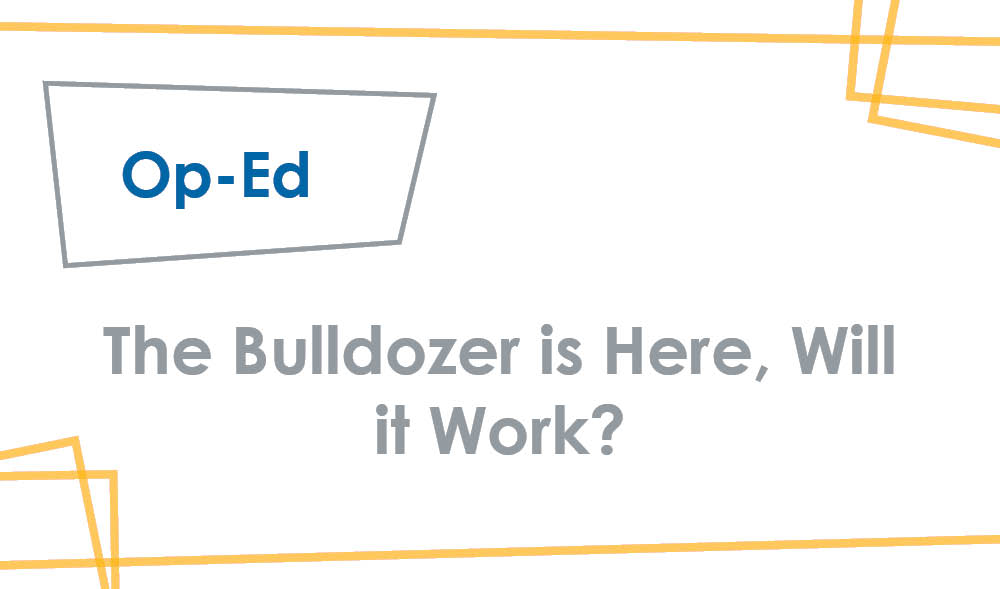 During the provincial election, then candidate (now Premier) Doug Ford famously promised to come to the Ring of Fire and drive a bulldozer if that was what was needed to get the development moving. With the abandonment of the Framework Agreement and the return to individual nation-to-nation arrangements, he has done just that.

It is clear that the province has determined, after years of effort by at least three different governments, that the way forward is in working with willing partners. In this way, key pieces of infrastructure can be put in place while negotiations continue in other parts of the region. In the end, the hope would be that the pieces fit together into a cohesive whole.

It is equally clear that at least some of the First Nations in the region share this view. This may be because of their relative need for new investment. It is possible, after all, to see the Ring of Fire as the only option for a new future for many communities. In other cases, it could simply be that the community itself has collectively come to a firm decision to move forward. They have done years of their own work assessing the opportunities and risks associated with attracting these investments.

The shift has born early fruit. Marten Falls and Aroland First Nations are now equity shareholders in Noront Resources, the leading player in the Ring of Fire. Road projects headed by Marten Falls and Webequie have new energy and may soon see environmental approvals and, finally, “shovels in the ground”. Even the announcement of the new smelter location in Sault Ste Marie can be seen as contributing to this new energy. Given its timing, that announcement was likely, at least in part, spurred by the knowledge of the overall change in negotiating direction.

Of course, it could be argued that the province is simply pitting one First Nation against another. Using crushing social and economic conditions, conditions for which the province and the country carry a considerable amount of blame, as leverage to get these assets built and to open the region to exploration and exploitation. Ensuring that is not the case will be the role of the various governments involved. First Nation and non-First Nation governments alike. The courts have also demonstrated a willingness to intervene when things go astray and they can be trusted to do so again, if necessary.

In any case, this action by the Ontario government sets up an interesting natural experiment in public policy. The Ring of Fire will now move forward (or not) at the same time that the Trans-Mountain Pipeline moves forward (or doesn’t). Both projects are multiyear, multibillion-dollar projects. Both will, eventually, impact directly and indirectly the traditional territories of multiple First Nation and Métis communities. Both are regionally, indeed nationally, transformative investments. Finally, both involve the extraction of natural resources at a time when the public, especially nationally and globally, are moving more and more quickly in the opposite direction.

Both were subject to regional framework agreements and regional negotiations. The federal government’s approach to the Trans Mountain Pipeline project has been and is likely to remain (regardless of the results of this fall’s election) a regional one. Ontario has chosen a different path. They likely have done so wisely.

Opponents to the development in British Columbia are uniquely positioned to block forward progress. The project is dependent on spanning the entire region. Ten feet from tidewater is just as damning as ten thousand miles. National and global organizations have come to their aid with significant human and financial resources.

The economic viability, on their own, of portions of the Ring of Fire road, energy and communications access corridors make one-of arrangements possible. The broader social and economic benefits to the communities involved, moving them from “remote” to “rural” status, also cannot be overlooked. Sub-regional deals make social and economic sense in Ontario, less so in British Columbia.

What happens next may have important implications for the future of similar natural resource projects, or not. Chromite is, after all, not oil, and maybe that is the only difference that matters.