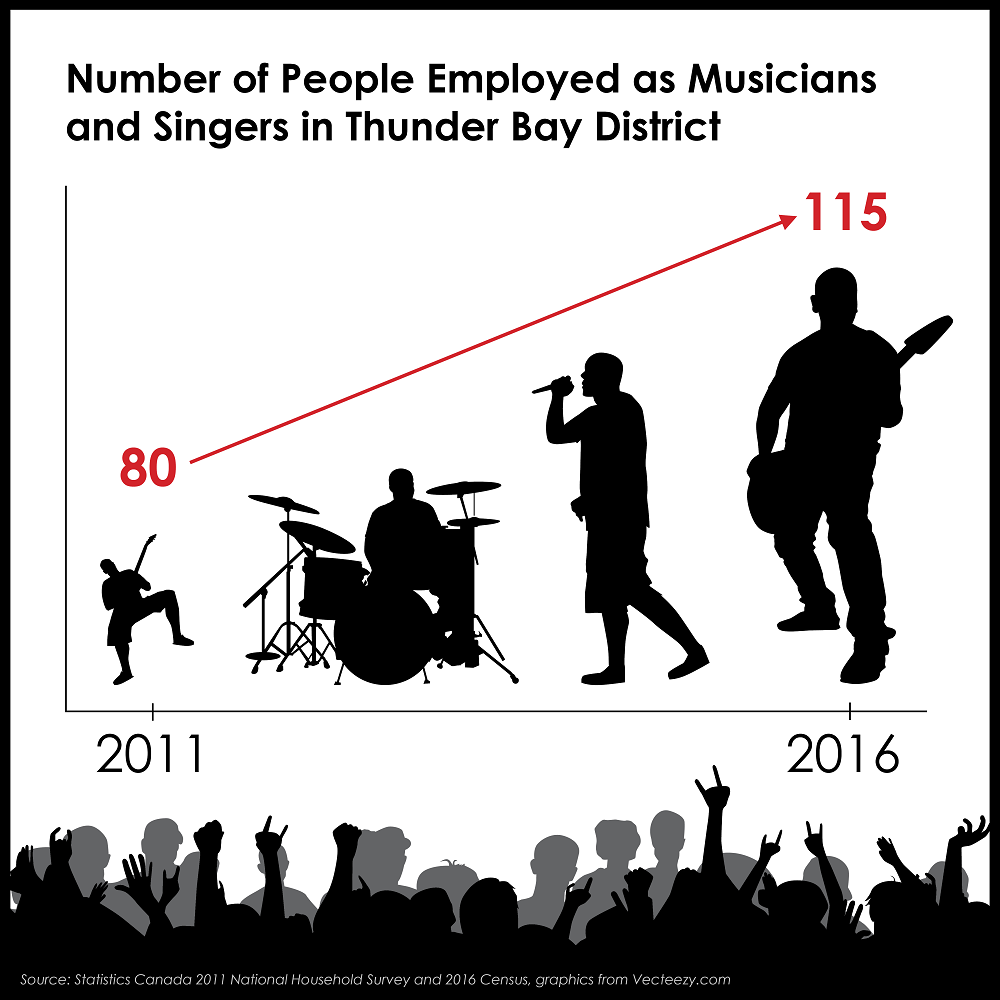 What’s the most popular thing in the world? Arguably, after food and drink, it’s music! So let’s delve into some statistics on music for the Thunder Bay District, Northwestern Ontario, and Northern Ontario in general.

Perhaps unsurprisingly, the districts of Thunder Bay, Algoma, Greater Sudbury, and Nipissing, which contain the four large urban municipalities of Thunder Bay, Sault Ste. Marie, Sudbury, and North Bay, have the highest number of people employed in music-related occupations, both nominally and proportionately.

All things considered, it would appear that the musical future is quite bright for Northwestern Ontario, and Thunder Bay District in particular. As Willie Nelson once said, “the life I love is making music with my friends, and I can’t wait to get on the road again”…

Allan Zhang was a Data analyst at NPI.