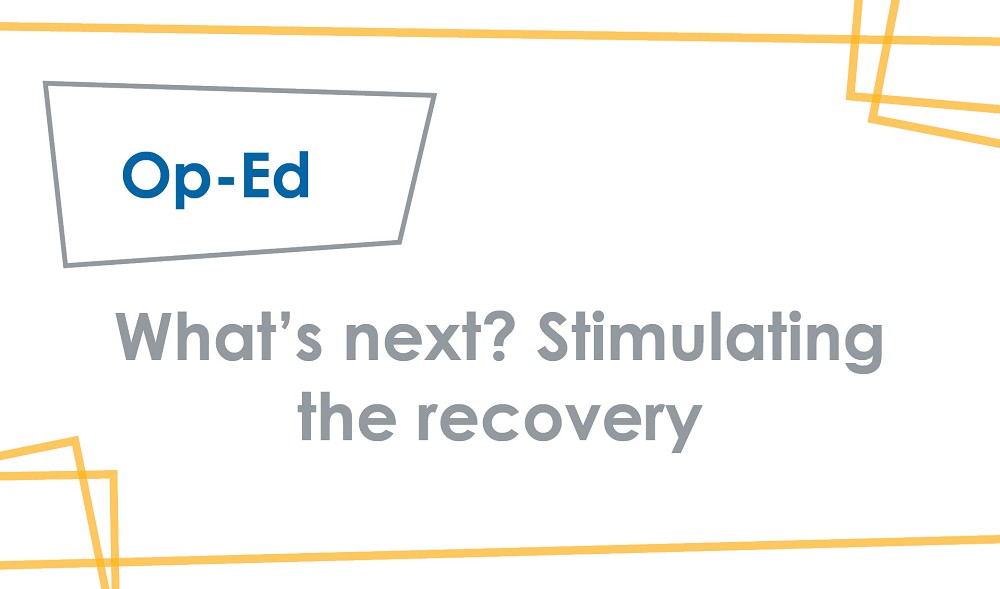 Yesterday, the federal government announced a set of measures that many commentators are still incorrectly referring to as a stimulus package. Professor Kevin Milligan from the University of British Columbia sees the package differently. He has called it a bridging exercise and I, for one, think that is a much better term. The government, right now, is correctly focused on helping people and businesses pay their bills and feed their families when income and revenue has dried up. But what happens next?

The economy will right itself and people will begin to return to work and businesses will re-open. A case could be made that government should accelerate that recovery when it comes. The downsides of traditional government stimulus are well known. One of the biggest issues is that it always tends to be late. By the time government decides what to spend on, the crisis has passed. A second challenge is that government stimulus is almost always funded by government borrowing. Taking cash out of the marketplace just when private firms want to access it. Making private investment more expensive or, for many small and medium companies, not possible at all.

The economic silver lining in this very dark Covid-19 cloud is that we know now that it will end, and we can plan ahead for stimulus spending to align with the economic recovery when it begins. Covid-19 is also happening at a time of record low interest rates, zero or indeed negative interest rates in some cases. Significant government borrowing should not, as it might otherwise, drive many private businesses out of the debt market. So, instead of delving deeper into the arguments for or against government stimulus to kick-start a recovery, let’s assume there will be a stimulus package eventually. What should be in it?

First, we should build things we need (as opposed to want) and things that we were already planning to build and which we are prepared to operate going forward. In the context of Ontario’s northern regions that list is both long and, in the context of major stimulus dollars, remarkably affordable. In the Far North we could quickly launch projects to deliver clean drinking water for every northern community. We could invest in upgraded safety and air traffic control equipment in remote communities to allow more regular and cheaper flight service. We could even extend the runways in select communities to allow larger planes to land and cheaper foodstuffs to be delivered.

Throughout the North, we could move to ensure 100 percent cellular and high-speed internet coverage. Accelerating projects and project timelines that are already on the books. We could, and indeed will have to anyway, build more long-term care facilities and expand mental health services. There is a real opportunity to aggressively remake our public services to meet the health demands of today, not the demands of the 1950s.

Thousands of kilometres of the Trans-Canada highway are still only two lane and easily disrupted. Thousands of Canadians still live in communities that are remote and often inaccessible. Out of work construction crews in Alberta (many Indigenous owned) could bring their equipment and experience to bear in Ontario’s northern regions. Stimulating economic activity and expanding the local skills base at the same time.

We should consider using non-traditional stimulus as well. Focusing on people, particularly young people and women, who are likely going to be the hardest hit in this economic crisis. Encouraging business to create jobs, or fill vacancies as quickly as possible will be key. Both FedNor and the Northern Ontario Heritage Fund have internship programs. The funding for those should be expanded (doubled at a minimum), made easier to access and be available for longer than one year per placement. Many other provinces have wage subsidies that last for up to five years, some with a sliding scale reducing the percentage of subsidy over time. Such programs can easily be targeted at women returning to work, or younger employees, or employees displaced by Covid-19.

Whatever we do, we should be planning it now and be ready to not just announce it, but roll it out, just as soon as the dark clouds begin to lighten.