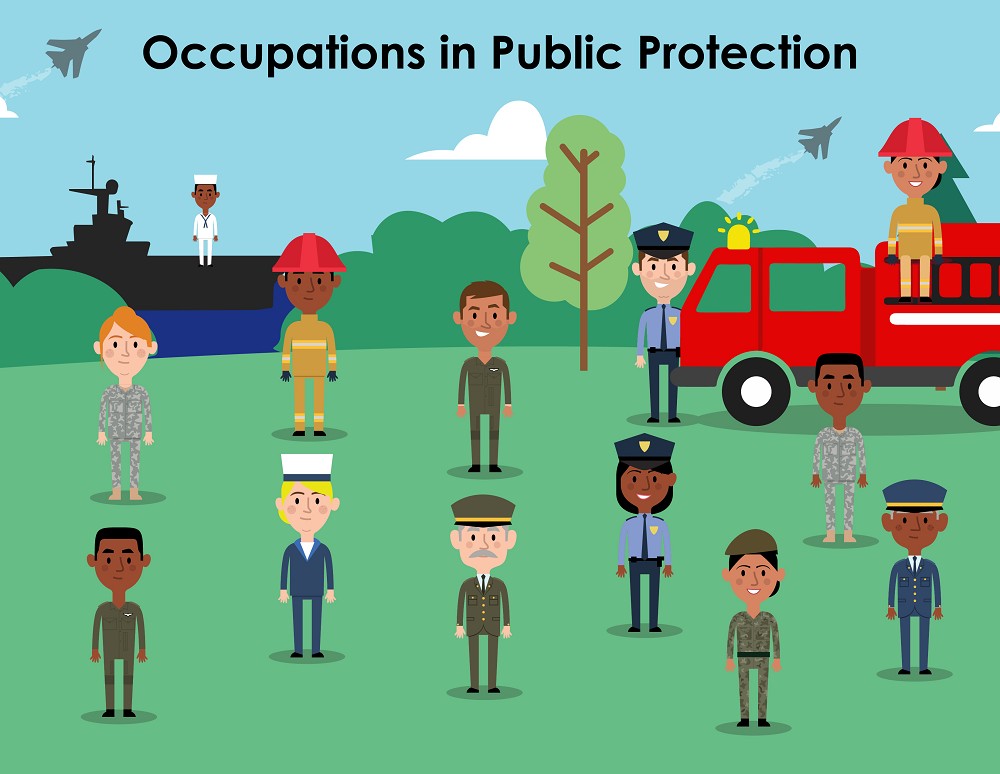 First, we examined the proportion of those employed in public protection services across Northern Ontario’s census divisions. We find that in 2016, Nipissing, Thunder Bay, Rainy River and Kenora have the highest proportion of people employed in public protection. At the same time, Nipissing and Thunder Bay districts also have the highest number of people in Northern Ontario employed in the CAF, followed by Algoma and Greater Sudbury. 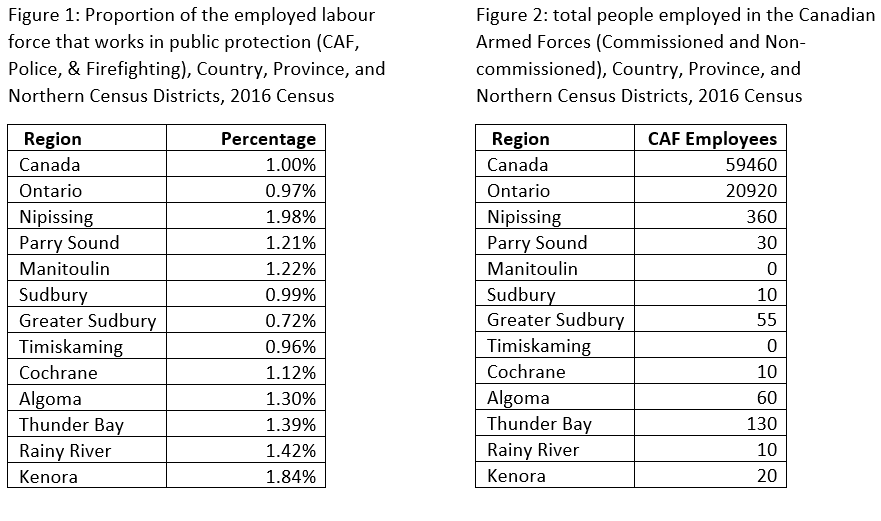 Further, when examining the percentage of those employed in public protection that are women, we note that there is a higher proportion of females in this field in four Northern census districts (Manitoulin, Sudbury, Timiskaming, and Kenora), when compared to provincial and national proportions. We note that Thunder Bay’s proportion of women that work in public protection is lower than that of the province and the country, and has decreased by 4% since 2011. Figure 3 outlines both the 2016 proportions, and the difference in proportion from 2011 to 2016. 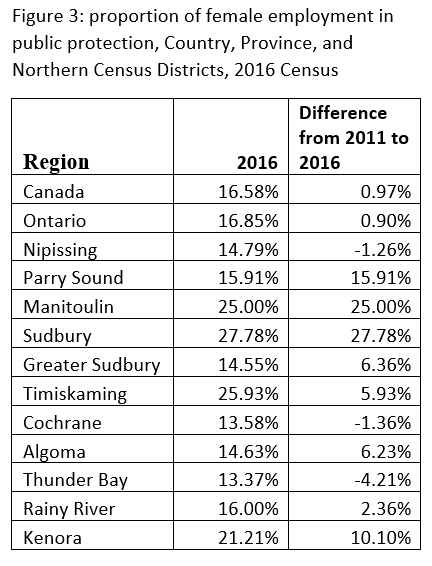 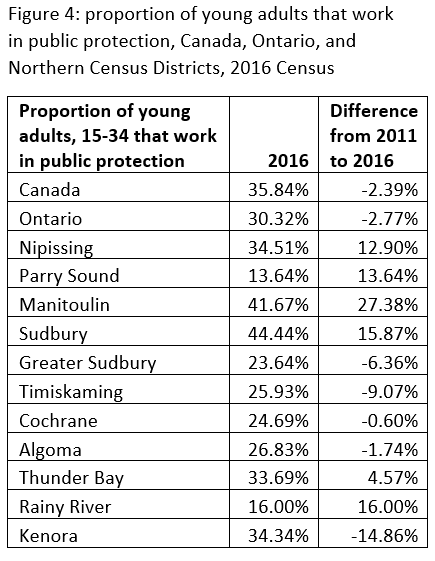 The above figures examine the proportion females and young adults that work in public protection. However, we examine the proportion of females that work specifically with the Canadian Armed Forces in Northern Ontario, the results are different. Both Nipissing and Greater Sudbury districts have a higher proportion of females that work for the CAF than provincial and national averages. Also, when examining the proportion of young people employed in the Canadian Armed Forces in Northern Ontario, NPI found that Thunder Bay has one of the highest proportions of young CAF employees out of all census districts. in Thunder Bay, 73% of the total employed CAF workforce is between the ages of 15-34, which is higher than the provincial and national average at 44% and 49%, respectively.

*regions with lower population are typically more susceptible to statistical fluctuations – data should be used with caution.

Alex Ross is a former senior data analyst for NPI.