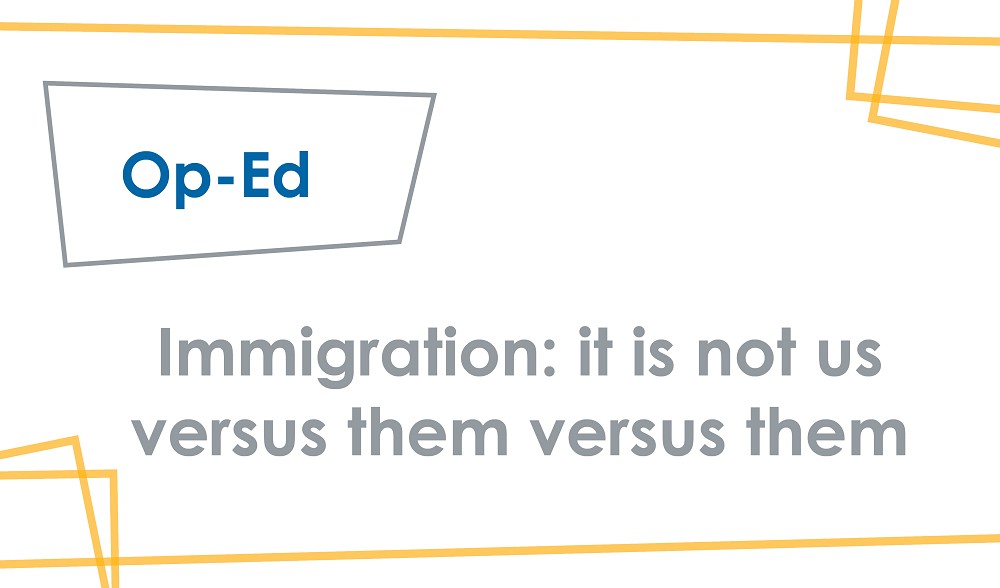 We also need to help everyone who needs our help to overcome the barriers they face and achieve their personal goals and aspirations.

The recent announcement of a federal immigration pilot for Northern and rural Canada was met with enthusiasm on many fronts. Finally, we were catching a break from the rules that have hamstrung rural and remote communities for years, keeping us from attracting the skilled and semi-skilled labour we need as opposed to the professionals that the policy-makers in Toronto and Ottawa want us to have.

But, there was also the usual hue and cry about immigrants taking “our jobs.” Of course they don’t. The evidence is pretty clear that immigrants are net contributors to the economy, sustaining and creating jobs for themselves and their new neighbours. This is especially true as it pertains to the new federal pilot. Communities that qualify for the pilot will have to demonstrate an unmet need for new workers. They will have to show that they have jobs and no people – at least no people who want to take those jobs.

But, as many have also pointed out, there is a third group of people who also need to be considered in this debate. The people who would take those jobs if they could but who, for various reasons, can’t access them. Many of this group of people, particularly in Ontario’s Northern regions, are of Indigenous descent. Through blind racism, simple lack of awareness, inter-generational poverty, Residential Schools, and community traumas too numerous to fully articulate here, they have been deprived of opportunities that others take for granted. Surely we must focus on them first before bringing more newcomers to Canada?

There are two fundamental flaws to this argument. The first is mathematical. There simply are not enough Indigenous people or underemployed people of all races, creeds and colours to sustain our communities as they are now. Even assuming full employment (where everyone already here and of working age is working, whether they want to or not) Northern Ontario still needs more than 8,000 new people per year, for the next 25 years, to sustain our current quality of life.

We need newcomers, period. But that, by itself, will not be enough. We also need to help everyone who needs our help to overcome the barriers they face and achieve their personal goals and aspirations.

This point brings us to the second, and more sinister, flaw in the “us first” argument. Lurking just beneath the surface of that argument is the assumption that the unemployed or underemployed in our communities are somehow obligated to take the jobs that are vacant. What if they don’t want those jobs either?

I totally understand the desire to ensure no one is left behind. If we have wait lists for training programs for in-demand jobs, like truck drivers or personal support workers, then by all means we should do everything in our power to increase the number of people being trained. If we have people in our rural and remote communities who have skills or interests that might fit with jobs that are in demand and they, or their potential employers, lack the awareness of the connection between traditional knowledge and the modern workplace, then again, we should bridge that divide. If employers need to be nudged along to recognize the value in hiring Indigenous peoples, let’s nudge them along.

But why should we force an unemployed Indigenous man to learn to drive a truck just because that is the job available today in the community in which he lives? Or an Indigenous woman to be a personal support worker when she wants to drive a truck, or own a bakery? Such arguments are equally, if not more, absurd than the argument that we should leave a job vacant that a newcomer can, indeed is eager, to fill on the off chance that at some point someone already here, somewhere, might finally decide to take it.