July 27, 2020 - Governments do not have an unlimited pile of cash. This point often gets missed in the public debate about what government should, or should not, do. Passionate advocates for projects will simply argue that their program is worth it, or that it only costs so many cents per taxpayer. 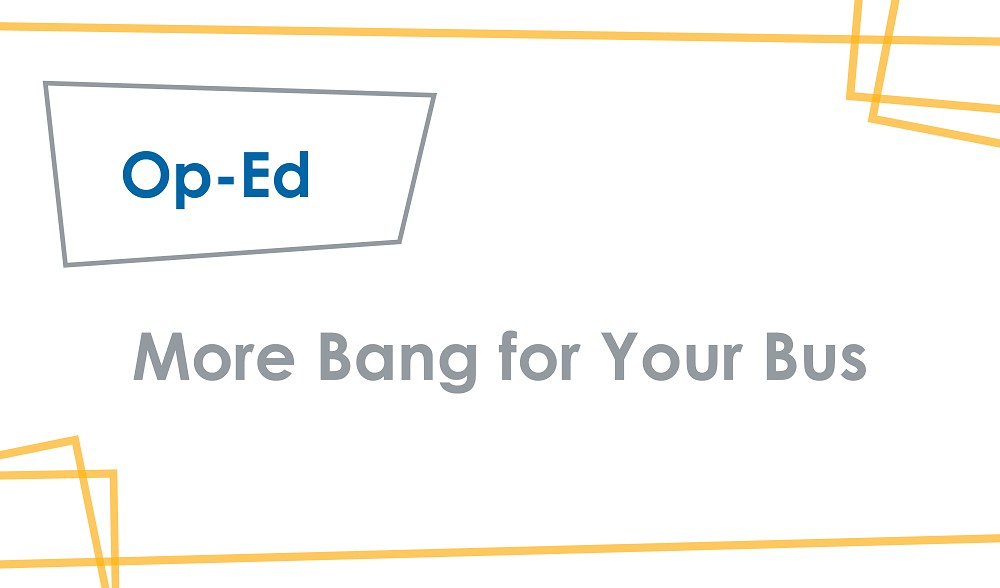 Politicians and public servants on the other hand, face the reality of scarce resources every day. If the government has $40 million dollars to spend today, should it go to clean water, safe schools, mass transit, or some other priority? If $5 million of the $40 million is set aside for mass transit, should that be spent on road, rail, plane, or boat?

Of course, buses receive other indirect subsidies too. They don’t pay their share of the cost of building and maintaining roads. Nor do they contribute towards the carrying costs of debt we have incurred to do those things in prior years. Well, they do somewhat, through gas taxes and income taxes, but let’s not get too complicated here.

According to the draft 2041 multi-modal transportation study, central and western Ontario (everything in northern Ontario south of the Far North) sees well in excess of 5 million passenger trips a year by road. In 2017-2018, we spent $630 million on construction and highway maintenance in Ontario’s northern regions. So, on a per person basis, the highway subsidy we all receive is about $126 per trip. Even if we include that figure, we still have rail costing more than twice as much as road in subsidies per trip.

Getting back to the study. It also highlighted the difficulties of meeting environmental targets using rail as opposed to bus alternatives. Because of routing and schedule demands, green rewards from rail will be hard to maximize. Leading edge bus technology may well offer cleaner alternatives. Similarly, the service flexibility that buses can deliver is difficult to match by rail. Especially where rail schedules are dictated by major urban centres 1000’s of kilometers away.

Nevertheless, this does not mean rail is dead. As the report notes, there are three specific cases where rail should be seriously considered. First and foremost, passenger rail should be considered where connectivity for rural and remote First Nations is being enhanced. The example of the Missanabie Cree is highlighted as one such case.

Second, short line connections between regions may make sense where a “cultural link” between origin and destination exists. The robust rail links between Ottawa and Montreal and between Ottawa and Toronto are highlighted as examples of this. Certainly, advocates for the return of the Northlander would argue a similar case could be made for that “cultural” rail connectivity between Hearst, Timmins, North Bay and Toronto.

Finally, the study points out that tourism rail is not passenger rail. Short line, short season subsidization of tourism-based rail is an important opportunity for central, western, and northern Ontario. The connection operating from Toronto to North Bay these past two summers is one such example of this. Using GOTransit trains and ONTC buses to make this summer connection is also an example of a flexible service model combining rail and road.

In summary, dollars for regularly scheduled passenger service should generally be targeted on road options. Dollars to promote tourism, build remote connectivity, and link regions, could be spent subsidizing rail, but on a case by case basis.

Charles Cirtwill is President and CEO of Northern Policy Institute. An independent social and economic think tank based in Northern Ontario with offices in Thunder Bay and Sudbury.