July 9, 2018 - From 2002 to 2012, the number of temporary foreign workers (TFWs) in Canada tripled from 101,078 to 338,221 as businesses increasingly made use of the program – sometimes as way to access cheaper labour. As a result, the government introduced a series of reforms to the Temporary Foreign Worker Program (TFWP) in June 2014. The goal of the overhaul was to ensure that the program was being used for its intended purpose – as a last resort for employers who are unable to fill positions with Canadian workers. 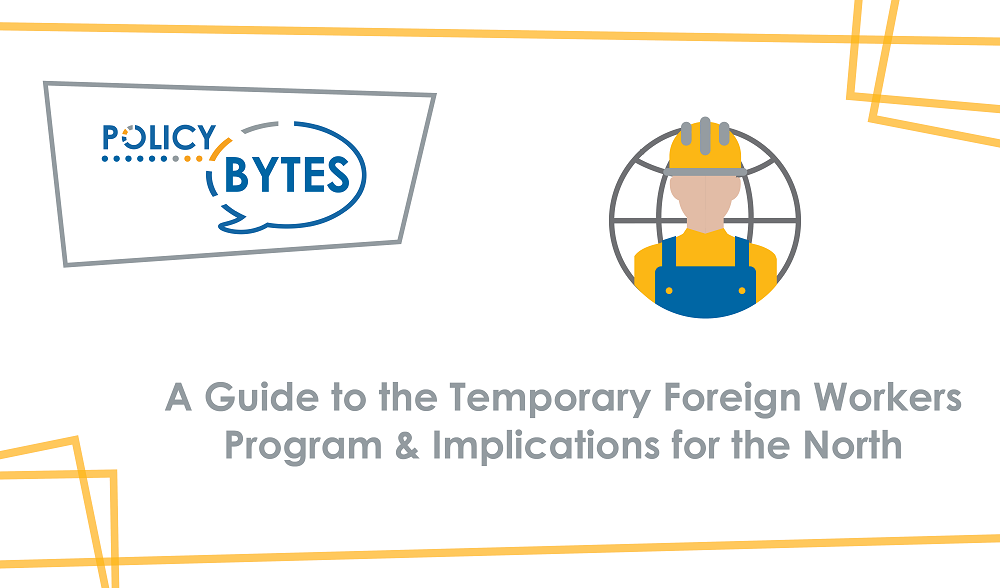 Currently, the TFWP is made up of several sub-programs including the stream for lower-skilled occupations and stream for higher-skilled occupations, as well as the live-in caregiver program and seasonal agricultural workers program. However, from its inception in 1973 up until 2002, the TFWP was only available for high-skill occupations. The addition of the low-skill streams in 2002 resulted in significant growth of the program with more employers participating. As the program grew, so did issues such as the poor treatment of workers.

The series of reforms implemented in 2014 aimed to reduce the number of TFWs and curb issues such as the one aforementioned. To begin, the reforms changed the ‘labour market opinion’ (the process used by employers to determine if they were eligible to hire TFWs) to the more ‘rigorous’ labour market impact assessment (LMIA). The LMIA is a tool used by Employment and Social Development Canada (ESDC) to determine the impact of a TFW on the local labour market (i.e. negative, neutral, or positive). If the outcome is not positive or neutral, the employer’s application for a worker is denied. There are, however, some exemptions, including workers hired under the International Mobility Program (IMP) and the North American Free Trade Agreement (NAFTA) or similar international trade agreements.

Further reforms included a fee increase from $275 to $1000 for applications; the use of wage level and Employment Insurance (EI) data instead of National Occupation Classification data to assess eligibility based on economic regions (ER); prohibiting the hiring of TFWs for retail, food, and accommodation sectors in ERs where unemployment is above 6 percent; the requirement of employers to increase job advertising efforts for job vacancies; the requirement of employers to increase current employee training for a vacancy prior to hiring a TFW, and the creation of tougher penalties for businesses that do not abide by the regulations.

The 2014 reforms seem to have been successful in decreasing the number of TFWs in Canada. In fact, the number of positions receiving a positive LMIA decreased significantly following 2014. There was also a decrease in the overall number of LMIA applications submitted to ESDC post 2014. Although overall applications and positive LMIAs decreased, the 2017 Auditor General report for the ESDC found that not all reforms proposed in 2014 were implemented and that improper use of the program was still occurring. Thus, it is possible that the lower number of total applications can be attributed to the fee increase to $1000, as well as a prohibition of workers in certain service sectors when unemployment was above the 6 percent threshold as these reforms were implemented. 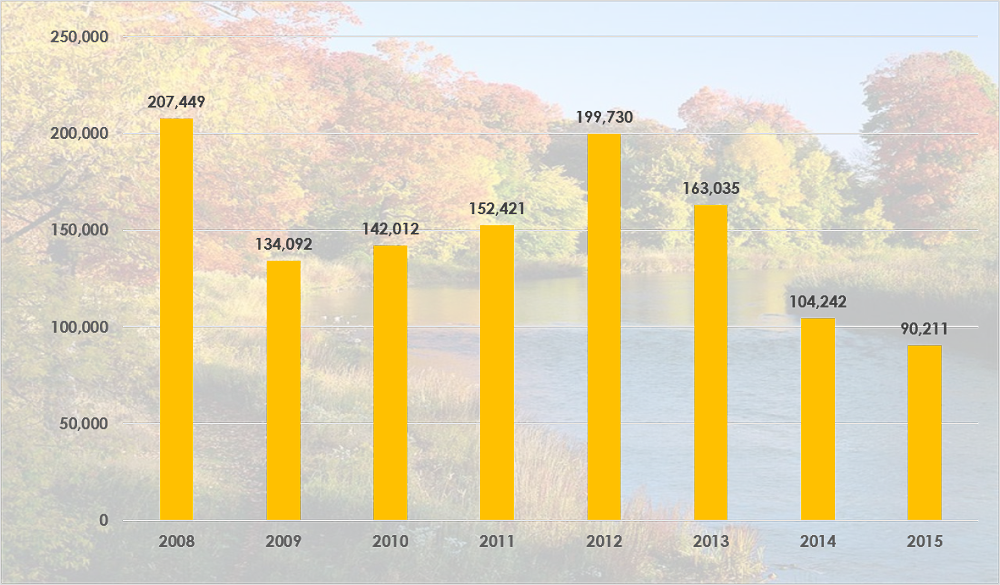 As mentioned, one of the proposed reforms was the use of EI and wage level data by the ESDC to determine worker eligibility. However, the 2017 Auditor General’s report found that ESDC either was not using the data or did not have access to the necessary data.  Either way, this reform still presents its challenges. Indeed, economic regions are not effective in telling the whole story on employment as there can be communities within the region facing severe shortages while other areas face high unemployment, as is the case in Jasper and the ER it is a part of in Alberta. Thus, while the reform itself may not have been implemented in every case, it is important to consider if using regional employment levels is the most effective way to determine eligibility for TFWs and if these reforms truly balance the needs of Canadian workers, employers, and TFWs.

Overall, the implementation of reforms in 2014 to curb the use of the TFWP sent a signal to Canadians that the program was harmful and took away jobs from Canadians. However, as Reis Pagtakhan stated, “just because Canadians may be unemployed in one area of the country does not mean that temporary foreign workers may not be needed in other areas of the country.” Arguably, the reforms have disproportionately impacted certain geographic areas, such as Northern Ontario, and punished them for the actions of the few who have abused the program. EI levels at the ER fail to take into account the diversity of communities with the region. Thus, a higher regional unemployment rate will stop employers from filling labour shortages in sectors such as retail, food or accommodation services as the data suggests that a Canadian worker could fill these positions. However, Canadians may not be willing to move to the community where the job is available, or may be reluctant to take on these lower skilled jobs (this is especially true in the agriculture, fast food and meatpacking industries). 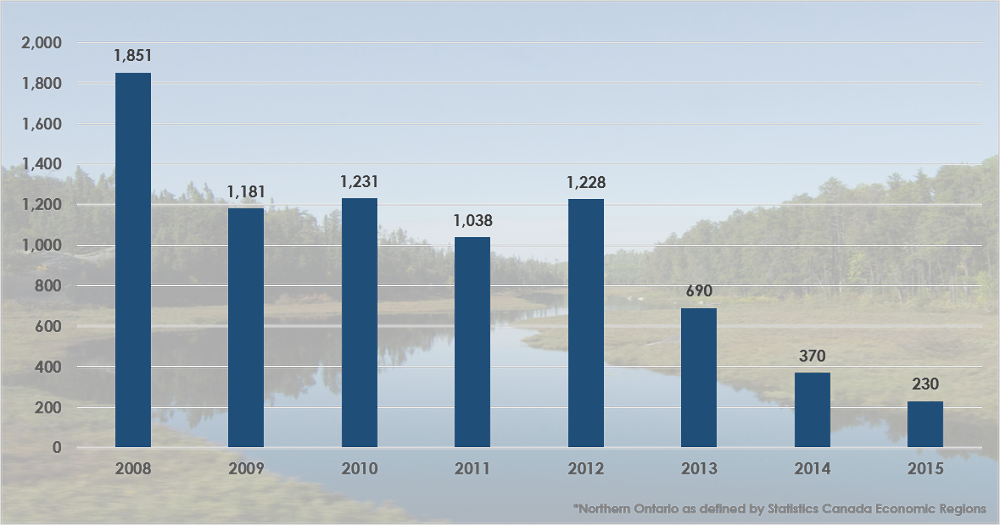 So what can be done for Northern Ontario? A couple things actually. The first is modifying the requirements of the LMIA. The second is analyzing what Manitoba has developed in terms of increasing oversight of this program.

Regions across Northern Ontario are looking at ways to attract residents, whether they be local, inter-provincial, or international migrants. Under the current structure of the TFWP, it is the high-skilled workers who are given a path to permanent residency through the Ontario’s Nomination Program. Canada needs to look at a similar option for lower-skilled workers to also gain permanent residency. This would ensure that individuals hired through the TFWP have the ability to remain in places like Northern Ontario. Currently, Manitoba allows for this through the Provincial Nominee Program (PNP). Furthermore, Canada could look at changing the way they measure unemployment to determine eligibility. For example, in Manitoba, labour shortage is determined by employers demonstrating a continued inability to hire Canadian citizens over a set period of time. This reform would allow businesses in Northern Ontario to demonstrate that although the unemployment rate might be high across the economic region, they have not been able to recruit Canadian workers for specific positions.

In tandem with the PNP and reforming the way unemployment is measured, Canada needs to re-evaluate the regulation that dictates that only 10 percent of a company’s workforce can be made up of TFWs. For northern and rural communities, this cap prevents employers from hiring workers during labour shortages for positions that cannot be filled by Canadian citizens. While this reform was introduced to increase the incentive to hire Canadian citizens, sufficient rules already exist to provide oversight including the wage, advertising, and training requirements as well as requirements surrounding layoffs and hours reduction.

Manitoba’s TFWP demonstrates that temporary workers are beneficial to local economies, while also ensuring that TFWs are treated fairly.  In 2009, Manitoba passed the Worker Recruitment and Protection Act. The act requires businesses to register with the province and obtain a work permit in addition to the federal permits required by businesses with temporary foreign workers. Through this requirement, the province is able to inspect businesses to ensure proper working conditions for TFWs. Any businesses that do not comply with regulations are subject to penalties and can be barred from bringing in future TFWs. Manitoba’s approach to the TFWP has been hailed as model for other provinces to follow.

Misuse and substantial growth of the TFWP resulted in a series of reforms in 2014. Although these reforms were successful in reducing the number of LMIA applications, the impact of these reforms on northern and rural communities were not taken into account.  Modifications to the TFWP and LMIA have the potential to support the attraction of workers to the region and fill labour shortages created by population aging, population decline and out-migration. Ontario can look to Manitoba as a model for blending labour market needs with those of Canadians and temporary foreign workers.