August 13, 2018 - There is no question that the new government of Ontario is very different from the old one. Whether different means better or worse is an argument for those still fighting the last election, or preparing to fight the next. For those of us looking to get things done in Ontario’s northern regions over the next four years, that debate is a luxury we cannot afford. 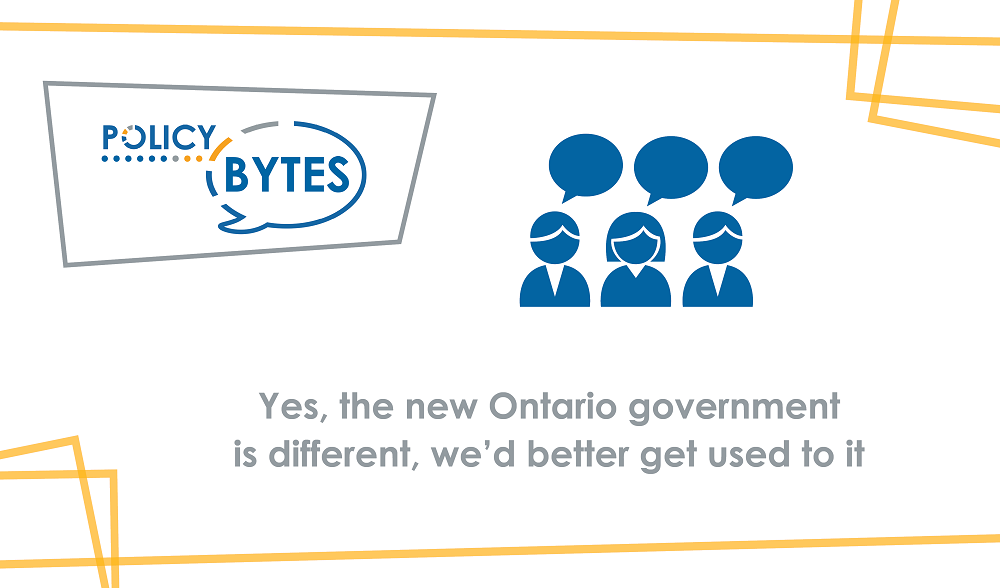 Speaking of being able to afford things, we better get used to talking about that, a lot. This government was elected on pocketbook issues and their first few weeks in office have demonstrated that they take those issues very seriously. Their first priority is saving you money, everything else comes second. Let’s look at a few examples.

The new government is scrapping the cap and trade system. The first steps in that process were to cut all of the programs funded through those revenues, including a $377 million fund to help home owners, businesses and renters make their properties more energy efficient. In a “battle” with Ottawa, the new Ontario government is demanding that federal taxpayers cover the full costs of caring for asylum seekers and refugees who come to Ontario. In another even more controversial move, three summer curriculum sessions were cancelled. This included one intended to continue the work of implementing the Truth and Reconciliation Commission’s recommendations on expanding Indigenous content and including Indigenous knowledge in the classroom.

As a result, the new government has been called racist and anti-immigrant. They have been described as climate change deniers and their actions characterized as un-Canadian. This is, at a minimum, an unhelpful response. Especially since the evidence is not unequivocally against them on many of these decisions.

A recent article in the Quarterly Journal of Economics, for example, questioned the value for money of energy efficiency investments by government. While, in terms of refugees and asylum seekers, the federal government was already moving to cover more of the costs. Ontario is simply arguing they should move faster and cover 100 per cent - something many experts agree they should do. On the Truth & Reconciliation front, the government has committed to continue to implement the recommendations but will do so “in the most cost-effective way possible”.

Write that down. “In the most cost-effective way possible”. That means they are prepared to spend, carefully, to get things done. Consider the changes at Hydro One. The former CEO retires, gets a $400,000 payment and keeps his stock options. Worth north of $5 million by some estimates. That’s a lot of coin, but it isn’t your coin. To get the money, the former CEO has to sell his stock to another investor. Unless the government buys the stocks, in which case we get increased ownership in return, someone else is paying that bill.

This willingness to spend, strategically, even while cutting overall is important to note. Commitments have been made to exempt nurses, teachers, police and fire services from the announced public service hiring freeze. A new provincial health advisor has been hired at a salary of $348,000 a year. If you can look beyond his party affiliations for a moment, his historical success in delivering better care for less cost as a hospital administrator suggests he isn’t entirely unqualified for the post. But note the language used to defend the appointment: “He is going to be worth every penny, we’re going to see that in the results.”

Anyone advocating for growth in Ontario’s northern regions would be well served to take this message to heart. Sometimes pulling on heart strings is a sensible strategy, for this group it will be better to pull out the calculator first. Lead with evidence showing how your idea will save money or achieve more for less. To paraphrase an uncouth truism: It’s now about the pocketbook, stupid.