November 22, 2019 - For some post-secondary students, school isn’t just an hour away, but several time zones away. This means travelling across the globe before hittin’ the books. 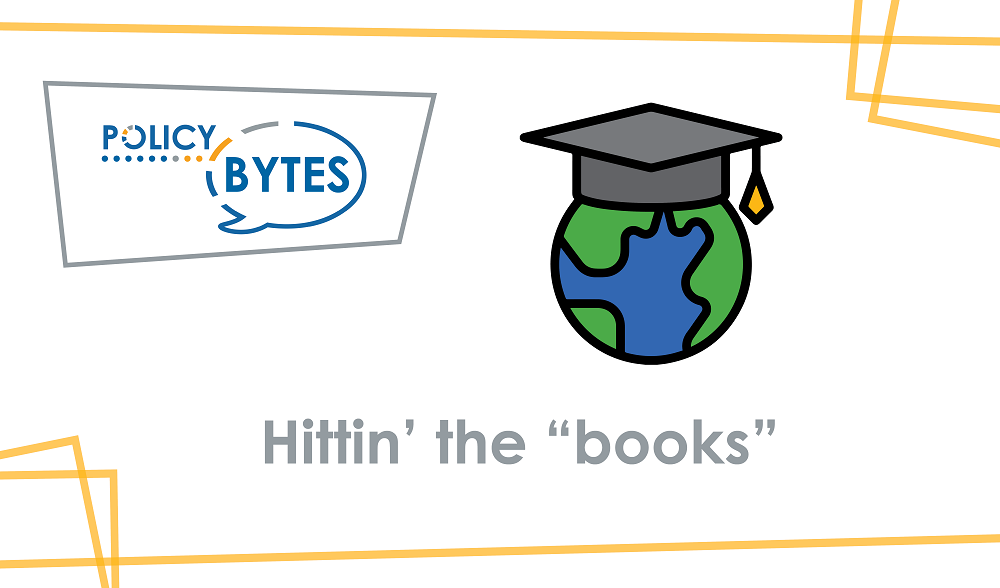 International students have many socio-economic impacts. Not only are classrooms and communities further enriched through diversity, but they play an important economic development role. Indeed, they are a potential source of skilled labour and they also inject money into the local economy by paying for rent, groceries, clothing, tuition, etc.  Speaking of tuition, international students pay more than domestic students - in some cases a lot more. This is a growing source of university revenue, leading some to conclude that at the national-level, revenue from international student tuition is replacing declines in government funding. But is this the case in Northern Ontario?

Indeed, international students pay higher tuition; the average Ontario international undergraduate student in Ontario pays about five times as much as their domestic counterparts. However, this statistic is lower for Northern Ontario universities. International undergraduate tuition ranges between 3.6 (Laurentian) and 1.1 (Hearst) times more than domestic undergraduate student tuition (Figure 1). Notably, all northern universities are below the provincial average. However, in comparison to selected universities in the Atlantic provinces like University of Prince Edward Island and Cape Breton University, a northern education is often more expensive, relative to domestic student prices. 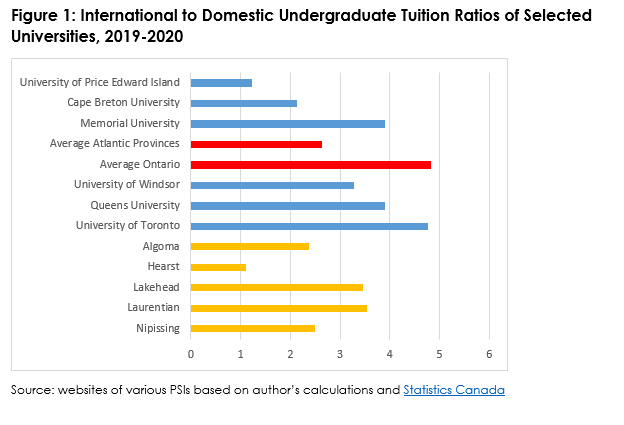 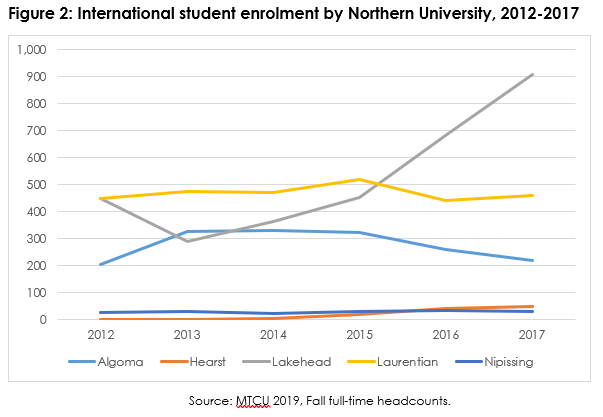 However, it is not necessarily true that this revenue is subsidizing budgets. While this may be true at a national-level, provincial funding to northern universities has stayed relatively stable since 2010 (Figure 3). Thus, it would be unfair to say that northern universities are off-setting a decline in government funding with international student tuition. 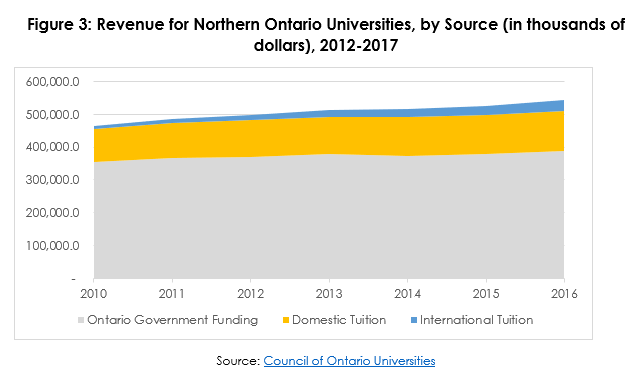 Why does this matter? Should Northerners care if international students pay high tuition? The answer is yes.

Hilary Hagar was a Summer Policy Analyst at NPI.