May 14, 2018 - What is the difference between Northern Policy Institute (NPI) and Common Voice Northwest (CVNW)? This was a question asked from the floor of the recently completed Northwestern Ontario Municipal Association (NOMA) Meetings in Kenora. It’s an important question, and one worthy of some exploration. 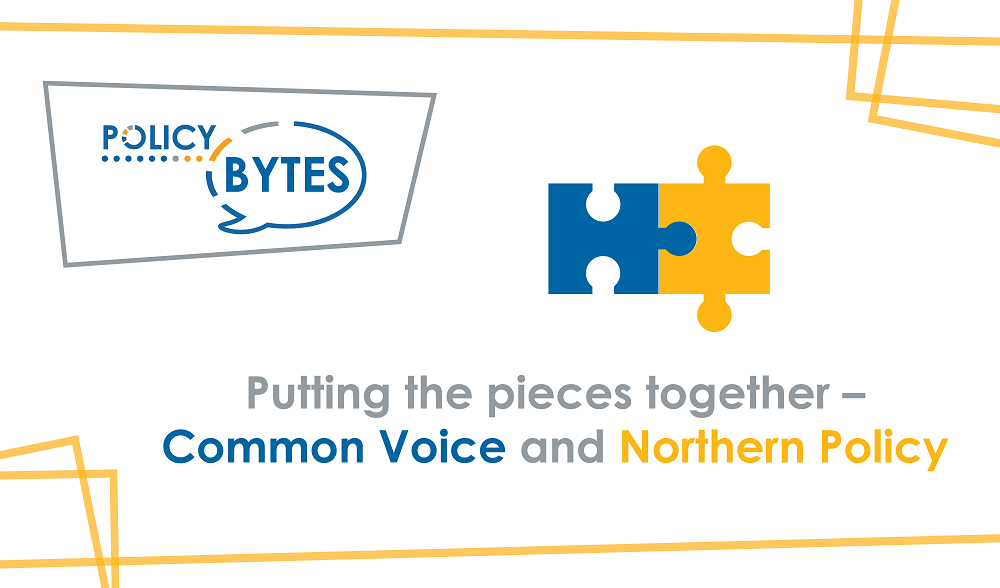 NPI and CVNW often find ourselves working on the same issues: immigration, infrastructure investment, regional governance, taxation and other issues that affect the day to day lives of the people of Northwestern Ontario. Indeed, we routinely work together. NPI, for example, helped organize and deliver CVNW’s latest regional priority setting conference in Thunder Bay. Even before that, CVNW was one of the organizations most active in making the case for an independent research institute in Northern Ontario, a case that led to the creation of NPI.

But there are critical differences.

Starting with geographic scope. Common Voice “Northwest” deals with Northwestern Ontario and the 225,000 residents of that region. “Northern” Policy Institute, as its name suggests, deals with issues affecting all of Northern Ontario and the 780,000 people who live in the roughly 278 communities located in that vast geography.

How we set our research priorities is very different as well. CVNW has a governing Board that receives input from their staff, volunteers, task forces and public sessions and then decides what issues and directions CVNW will pursue. Position papers are also brought to that Board before they are released. Full Disclosure: NPI has observer status within CVNW and so we have sat in on these discussions as they occurred.

NPI’s internal approach is, again, very different. We are, as was also mentioned at NOMA, set up on the “academic model”. Independent authors are asked a question and then given the freedom to follow the evidence to the answer. Their answer is then vetted in a double blind peer review process, just like academic journals. This is to ensure that the research is independent and evidence driven.

For good measure, we have strict rules that say our Board does not choose NPI projects, nor do they vet research before it is released. Our research priorities arise from conversations with the 780,000 people who live in Northern Ontario. Not just their leaders, not just the experts among us, not just the affected parties and the vested interests, but everyone. Securing and compiling that ongoing input is a lot of work, and we certainly could do more of it, but it is worth it in the end.

Then there is politics. CVNW, as their Executive Director explained at the NOMA conference, is very focused on political feasibility. Working with the party in power, or the one likely to soon be in power, as it were. NPI’s job is a bit harder; our job is to speak truth to power. NPI is non-partisan, our advice will be the same on the day before the upcoming provincial election as it will be on the day after it. We don’t tailor the message to fit the government or government priorities. Our job is to identify the best policy response to the challenges and opportunities faced by Northern Ontario regardless of the political ramifications.

That brings us to the biggest difference of all. CVNW is, at its heart, a lobby organization. It was built and designed to bring together Northwestern interests into, well, a common voice. This is a hugely important role, one that CVNW performs extremely effectively. One that was, is, and likely always will be critically needed. All too often regions like ours speak with multiple voices, each cancelling out the other. It is wasteful, and counterproductive. The stronger and more representative CVNW can be, the better the Northwest can pursue its agenda in Queens Park and Ottawa.

But NPI isn’t a lobby organization. We are far less concerned about what our region wants and far more concerned about what our region needs. More importantly, we explore what the evidence tells us we need in the context we find ourselves – locally, regionally, nationally and internationally.  Sometimes that will put NPI at odds with the government of the day, or indeed at odds with CVNW. But that’s the job, it’s why we exist, and we love it.

Charles Cirtwill is President and CEO of Northern Policy Institute.