January 21, 2020 - For the last fifty years, the economic performance of Northern Ontario has been weaker than the performances of northern regions in other provinces and the global north. 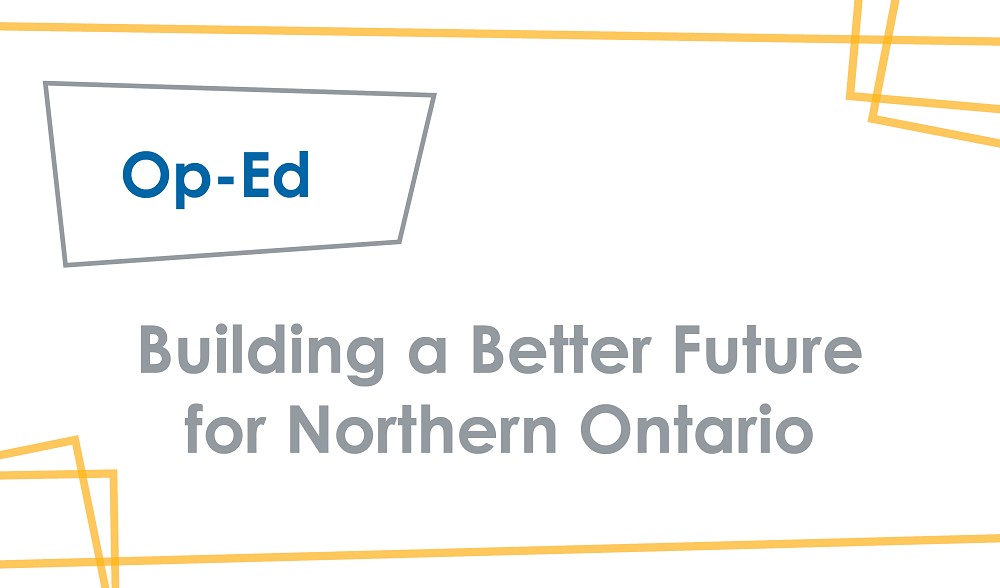 Fifty years of relative weakness in an economy is unusual. Some might think of commodity price cycles and business cycles as causes, but these normally run their course in much less than fifty years. Clearly something else is also at work.

The additional cause is almost certainly poor governance. Leaders at the United Nations, the World Bank and academic institutions have noted that good governance is essential to economic growth. That satisfactory economic growth cannot be achieved without it.

If we use the World Bank definition of governance – the institutions and traditions by which authority in a community is exercised - the governance problems in the north become evident.

There are no regional governments of the type present in the south and in Northern Quebec. Government planning documents are astonishingly insular and do not draw on experience in other provinces and countries. Leadership of the type needed in the business community is not always evident

Further, there is too much conflict in the north – between big and small communities, between rural and urban citizens, between east and west and between Indigenous people and the non-Indigenous population.

Public discussion of economic matters in the north is dominated by two themes, the first of which is untrue and the second unproven.

Many people believe that the future rests with forestry, mining and other primary sectors while ignoring the facts that the primary sectors directly generate less than ten per cent of the jobs in the north and commodity prices have gone sideways for decades. Also, many believe that the north is financially exploited by the south even though there is no evidence of this and the fragmentary evidence that does exist suggests the opposite.

In many ways, Northern Ontario is a divided and inward-looking society in a world where collaboration is essential and where it is more important to look out to the global experience than to look inward.

So, what can be done to build a better future?

The most important thing that must happen is for northern business and community leaders to come together. They need to say, after fifty years of relative decline, that enough is enough.  We are going to find a different path and we are not expecting federal or provincial governments to lead the way.

If northern leaders feel they need reinforcement they will find many sympathetic partners. Business leaders in the rest of Canada are well aware of Northern Ontario’s importance, not just for Ontario but for Canada as a whole.

The next thing that northerners should do is build the alliances and develop the branding to make the economic renewal of Northern Ontario a national project. The region needs a presence on the national stage that reflects the fact that its population is greater than three provinces.

The third step needed is a corollary to the first. Governments are being rapidly outpaced by technological and social change in the 21st century and for this reason northerners need to turn more to markets and less to governments for assistance and advice. They need to find business champions and national associations that will help in the process of economic renewal.

A fourth needed step is to directly attack the north’s demographic challenges with a major micro loans program, operated in cooperation with financial institutions, that would generate many more start up enterprises. Many new businesses are Internet based which means that geography may not be the significant barrier for growth as it has been in the past. Although ICT infrastructure remains a challenge in many smaller northern communities, the opportunity to profit from the online world should not be lost. Increasing the number of start-ups is the most obvious approach to do so.

The fifth major step needed is to implement regional governance across the north. Current municipal governments, despite major efforts, lack the scale to provide services that are as sophisticated and efficient as they should be to support economic renewal efforts.

There are many other steps that could be taken to build a brighter future for the north. These are described in the papers that I and others have prepared for Northern Policy Institute.

The paths not taken beckon. The future could be much better if they are taken. Northerners need to muster the leadership necessary to make fundamental changes.

David MacKinnon is a Fellow at Northern Policy Institute.