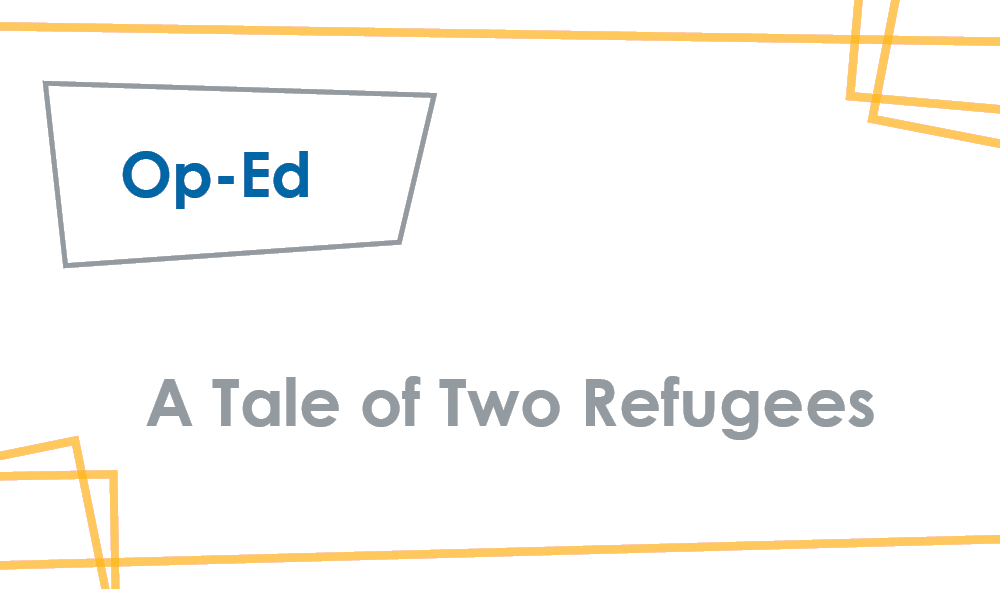 Canada is facing two refugee crises, not one.

Canada is facing two refugee crises, not one. Our responses are similar, but by no means identical, and they are demonstrably not equally effective. These thoughts struck me as I listened to an exchange at the recent immigration forum held in Thunder Bay. The exchange was between one of the panellists and one of the Indigenous singers who had been invited to set the tone for the day – one of welcoming and reflection.

The panellist was a recent refugee arrival, a new homeowner, and was presented as a case study for successful emergency immigration to Canada. He spoke about the important role his host family played in helping his family learn about their new community. Not just where the bus stops and grocery stores were, but being an advocate and interpreter for them at the bank, with education institutions, health providers and, most critically, in the workplace, where cultural differences had to be adapted to and overcome, on both sides. He and his wife, who was also on the panel, spoke glowingly about the settlement supports they and their children had received since coming to this country.

The Indigenous singer was also not from Thunder Bay. Like the panellist, she talked of her struggles in her home community, and what drove her to seek a better life elsewhere. That was where the similarities ended. Her direct question asked how, after only one year, a family that came to Canada penniless was able to afford a down payment on a home. But her message was much deeper than that. As a Canadian, albeit a dual citizen of Canada and her First Nation (which, my apologies, I cannot recall), exercising her “mobility rights” under the Charter, the story of the supports and encouragements offered to the panellist and his family was entirely foreign to her.

Not for her was the temporary housing paid for by the Crown. The orientation sessions about the cultural norms in Thunder Bay, or the informal mentoring network presented to her ready-made. Nor did she benefit from income supports that, apparently, are not clawed back even if you find work during your first year in your new community. No one checked on her to see how she was doing and whether her kids were settling in at school. There was no one to run interference between her and her employer when cultural expectations, like returning to her community for funerals of neighbours, not just relatives, interfered with the work day.

But their back story was remarkably similar. A dysfunctional community, an economy in tatters, daily fear of personal harm and harm to one’s family members, poverty, and a lack of hope. True, Canada does invest in First Nations communities in an attempt to address these issues, yet we are far away from resolving them. Progress, yes. Resolution, no. Cat Lake’s mold crisis being just the latest example of major ongoing challenges.

If we can’t or won’t address the issues in remote and rural communities, we will continue to have a significant flow of internal refugees. Should we not then compare the supports we supply to those not from Canada who are fleeing desperate situations and agree that, at a minimum, our fellow citizens deserve the same? If we can, for example, offer new Canadians additional temporary dental and medical care, should we not do the same for Canadians also fleeing to new communities seeking a better life?

An audience member joined this discussion, this time an immigrant, not a refugee. She pointed out that she had worked four jobs upon arrival in Canada in order to save the money for a home and to build her new life. Her story drew nods and approving murmurs from the audience. It was, after all, a verbal recounting of the “Canadian dream.” I believe the immigrant, a trained engineer, and the audience missed the point. The Indigenous singer and the panellist were discussing the comparative experiences of two families in crisis and what Canada did to help. One set of refugees were welcomed with open arms and actively supported as they found their feet in a very new world. The other, was not. And that is a problem.