The theme of the Gala was ‘Moving Forward Together; the hard work of reconciliation’ .

“No longer will we be adopting bylaws, but laws, like any normal government. No longer will we be submitting our laws to the minister for review and approval. It will be for us, and us alone, to decide on our laws of local and regional governance for our communities. As a mature government, this is a responsibility that we are more than ready to assume.”

With these words, then Grand Chief of the Grand Council of the Crees, Matthew Coon Come, described the 2017 agreement with the federal government to expand once more the role of the Cree in governing the affairs of their community. Bringing these powers home again. But this agreement did not come about quickly or at a single stroke. Coon Come played a critical role in decades of negotiation and progress. Working in partnership first with the Quebec government then with the federal government to give meaning to the words self-government, cooperation and reconciliation.

The Cree-Quebec relationship is a model routinely held out for others to follow. Coon Come provided the Cree perspective on the sacrifices, compromises and hard stances needed to make real progress towards a true nation-to-nation relationship and the benefits accruing to both sides by sharing power and the risks associated with exercising that power.

Background readings that may be of interest for attendees of the Gala: 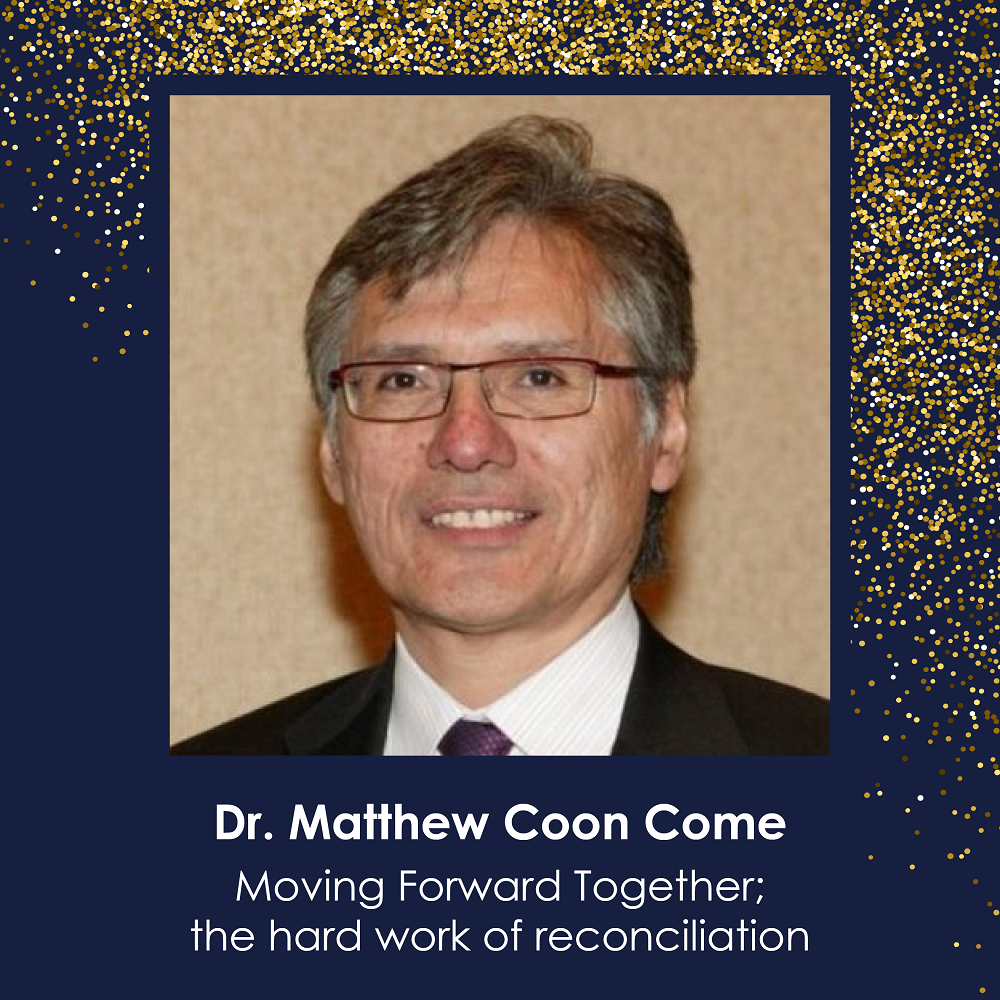 Former Chief of his home community of Mistissini, Que, Matthew Coon Come is known as one of the most significant leaders of the Cree Communities.

Born in 1957 in Northern Quebec, Coon Come attended La Tuque Indian Residential School, in La Tuque Quebec. He grew up to study Political Science at Trent University, and Law at McGill University. Coon Come began his political career at the young age of 16, when he attended a meeting with his community elders to discuss Phase One of the James Bay Project.

A member of Mistissini First Nation, Coon Come was first elected as Grand Chief of the Grand Council of the Crees and Chairman of the Cree regional authority in 1987, where he served four terms in office.

Coon Come became known for his efforts to defend the rights of First Nations peoples. As Grand Chief in the early 1990s, Coon Come was a key figure in a successful campaign to stop the second phase of the James Bay Hydroelectric Project. Coon Come organized a canoe trip of elders from James Bay to New York City to oppose the project, leading to the cancellation of the project in 1994. The development would have flooded Cree and Inuit territory along the Great Whale River near the communities of Whapmagoostui and Kuujjuarapik.

Another historic accomplishment by Coon Come was an Agreement on Governance with Quebec, which after 7 years of negotiations, gave the Cree more power and influence in the James Bay region. Through this agreement, the municipality of James Bay was replaced by the Eeyou Istchee James Bay territory, a regional authority which would be governed by Cree and non-natives alike.

In 2017, after serving over 40 years in government, Coon Come retired from the political scene.